Edinburgh airport parking : Edinburgh Airport (EDI) is the capital city airport and the main international airport of Scotland- it is stated to be the busiest airport in the country. It is very close to the city center and is located less than 6 miles west of it.

he airport is almost a ‘Gateway to Scotland’ with trains and buses plying across the city almost throughout the day. The airport has two runways and a two-level single passenger terminal with 23 gates. Getting to the airport is easy as there are a variety of transport options to choose from. Parking lots are available at the airport and also off-site and though there are options to suit all pockets, it ill compares with what TravelCar has to offer.

TravelCar, the global innovator in car parking and car sharing offers low cost parking facilities and a whale of services that make it an attractive proposition.

Edinburgh is the capital of Scotland and Edinburgh Airport (EDI) was opened in 1977. Located in Ingliston, which is about 5.8 miles west of Edinburgh, it is not only Scotland’s busiest airport but also the sixth busiest and one of the fastest growing airports in UK. EDI has won many awards, which includes the Best European airport too. Over the years, passenger traffic has been growing at the airport- in fact it crossed 13 million in 2017. It has two runways and one terminal and is located just off the M8 and M9 motorways.

It operates direct flights of over 33 airlines to 130 destinations flying 188 routes across Europe and the UK. It is operated and owned by Global Infrastructure partners. This active airport has been recognized for its supportive environment to autistic passengers and has thus acquired the Autism friendly status. EDI has a rich history that dates back to 1915. 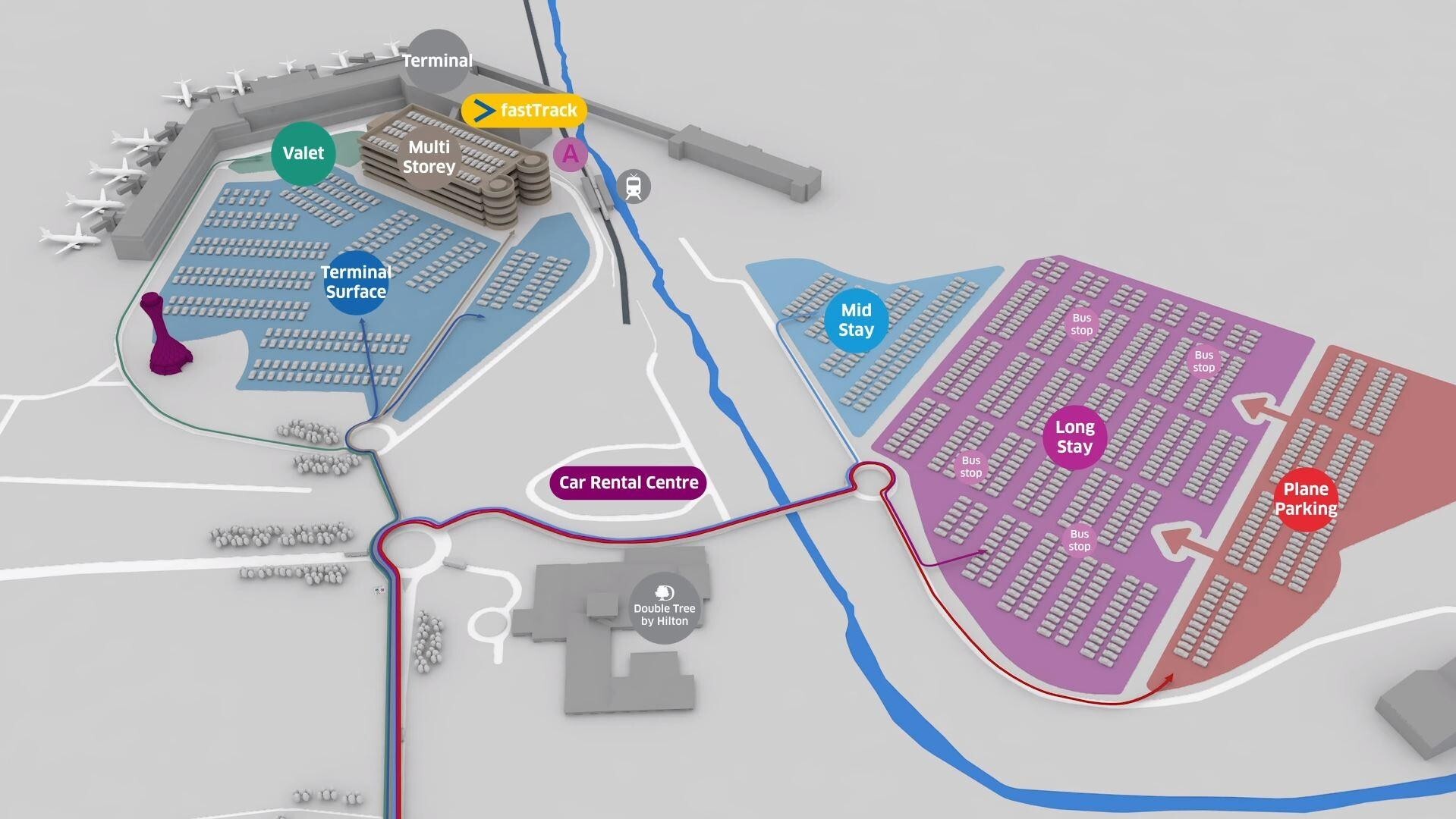 All car owners have at one time or the other experienced the ‘nightmares of finding parking spaces’ at airports and train stations, where the incidence of passenger traffic is high. Parking charges can burn a hole in your pocket unless you take refuge under TravelCar’s parking umbrella.

TravelCar’s ability to offer cheap parking rates- much lower than that of other providers and that too near the airport, is the reason for its success. As TravelCar is in partnership with several local parking companies, it can offer low cost parking even in the vicinity of the hotel where you reside. It has strived to ensure that these rates are maintained at levels that are well below what its competitors offer. To its credit, the parking provider has never cut corners or compromised on the quality of service that it renders.

TravelCar’s parking lots are close to the airport but even if they were remotely placed, it would hardly matter. This is because it provides free shuttle services to transport passengers from the parking lots to the airport terminal, thus ensuring that everyone makes it well in time for their flights.

Those willing to rent out their cars to TravelCar during their absence stand to gain in terms of free parking and also earning rental revenues. TravelCar’s trump card is its low cost valet services and automated parking facility. This allows passengers to have peace of mind during their trip as they needn’t worry about the safety and security of their car.

TravelCar has spread its wings in all directions across Europe and the United States- to that extent it is well positioned to offer low cost parking solutions at hubs of incessant activity such as airports, train stations, and even cruise ports.

Glasgow and Aberdeen airports in Scotland, Heathrow, Gatwick, Luton, London City Airport, Stansted in London, and other major airports are constantly plagued with a high incidence of passenger traffic. Parking is at a premium and sometimes is not to be had at all. However, TravelCar’s low cost parking offerings to passengers has to a large extent offset that.

Glasgow Central and Edinburgh Waverley are notably Scotland's busiest railway stations while King’s Cross, Paddington, Charing Cross, Victoria, St. Pancras, and Vauxhall are railway stations in London that are always agog with activity. TravelCar offers a viable alternative with its cheap parking spaces in the proximity of these stations.

Port Dundee, Port of Rosyth, Port of Edinburgh in Scotland and Port Portsmouth, Port of Tilbury, Port of Southampton, Port Dover, Port Harwich, and London-Tilbury cruise port are centers of attraction and hence centers of intense passenger activity. A corresponding increase in the need for parking spaces at these ports has arisen. TravelCar takes care of that by offering highly affordable parking spots close to the port.

TravelCar is reassuring on all fronts- from parking lots close to the airport, cheap parking rates and even in guaranteeing the safety and security of the cars under its wing.

The upper level is divided into gates and is the boarding level. In addition, there are food courts, airline lounges and ATM’s.

So long as parking problems exist, parking providers will be seen to be making a fast buck by exploiting car owners despairing for a vacant parking spot at airports and high passenger traffic places. TravelCar to the rescue- it irons out the many creases that parking providers create by offering services that are much lower-priced than that offered by other contenders. A plus point- and a huge one is that TravelCar’s booking process is extraordinarily seamless and simple.

TravelCar has been validated by superior rating agencies such as Trustpilot, which has accorded it a score of 9+. Other agencies, too, have recognized TravelCar’s professionalism and ability to deliver excellent customer service. Coupled with its ability to offer low cost parking the result is an exceptional display by a service-oriented parking provider.

Further, TravelCar’s low cost parking lots are close to the airport- and that affords great relief to passengers who are rushing to catch their flights. TravelCar’s friendly shuttle service ensures that you have many minutes to spare- thus keeping you free from the stress that hurry and worry causes.

Independent as individuals are when it comes to parking their cars at airports, people would rather somebody else did it for them. That’s where TravelCar’s valet services can come in pretty handy. When your focus is on catching your flight and making your trip, the last thing that you want to worry about is parking your car safely. Valet services take that responsibility off your hands and park your car safely for you till you claim it on your return. This is one convenience that most people would like to avail of.

A valet receives you when you enter the airport, relieves you of your car keys, gives you a token of sorts to identify your car and then bothers you no more. Your car is in their hands- they look after it and maintain it in top condition and return it to you when you come back from your trip. You can rest assured that your car will be safe, secure and well-tended to. The valets display an amazing efficiency and appear very reassuring. So why wouldn’t you opt for TravelCar’s valet service? It’s so affordable and costs just a little more than the ordinary parking charges.

TravelCar cares about each one of its customers and that’s why it never compromises on customer care at all. It’s not only the booking or reservation of parking space that they help with but go well beyond that. They give travelers the chance to alter their choice of a parking spot if they so want and are very friendly about it. Of course, TravelCar’s service teams blend professionalism with approachability and are always open to queries regarding booking or reservations for parking space.

TravelCar is open 24/7 and its teams are always at hand to give the required assistance beyond the line of actual duty. No wonder that it is so popular with those who are in search of parking spaces for their cars.

Reaching Edinburgh airport is relatively simple given the amazing road, rail and air connections. Located as it is, just 8 miles outside the city center, it can be accessed from the motorways in the vicinity in just half an hour.

There are 4 main bus services that provide public transport to the Edinburgh airport.

N22- Night bus service to the city center and Leith- from there one can connect to the airport.

21A- connects Whitburn, Livingston, Fauldhouse, Broxburn, and Bathgate to the Edinburgh Airport

The airport can be accessed either from the M90 motorway or by the M8 and M9 motorway. The A8 Glasgow road, which is close to the motorways allows you to access the Edinburgh airport. From Edinburgh, join A8 from the city bypass towards Glasgow and follow the signposts to the airport. From the west or north, join A8 at the Newbridge roundabout, go towards Edinburgh and follow the signposts. Postcode for satellite navigation is EH12 9DN.

Taxis are a great way to reach the airport. You just need to book in advance and decide on the pickup point.

Getting to the airport in time- that’s always easier said than done. You are aware that time flies when you’re on the move and you need to have lots of it when you go to the airport- especially if you’re driving. The last minute panic and the last-minute rush is always there. You land at the airport only to see a maze of cars filling all the vacant spots and as far as your eye can see, there’s no empty one. It pays to keep your cool and trust your car to the care of TravelCar- the unstoppable parking provider that has earned the trust of millions with its exemplary service and low cost parking rates.